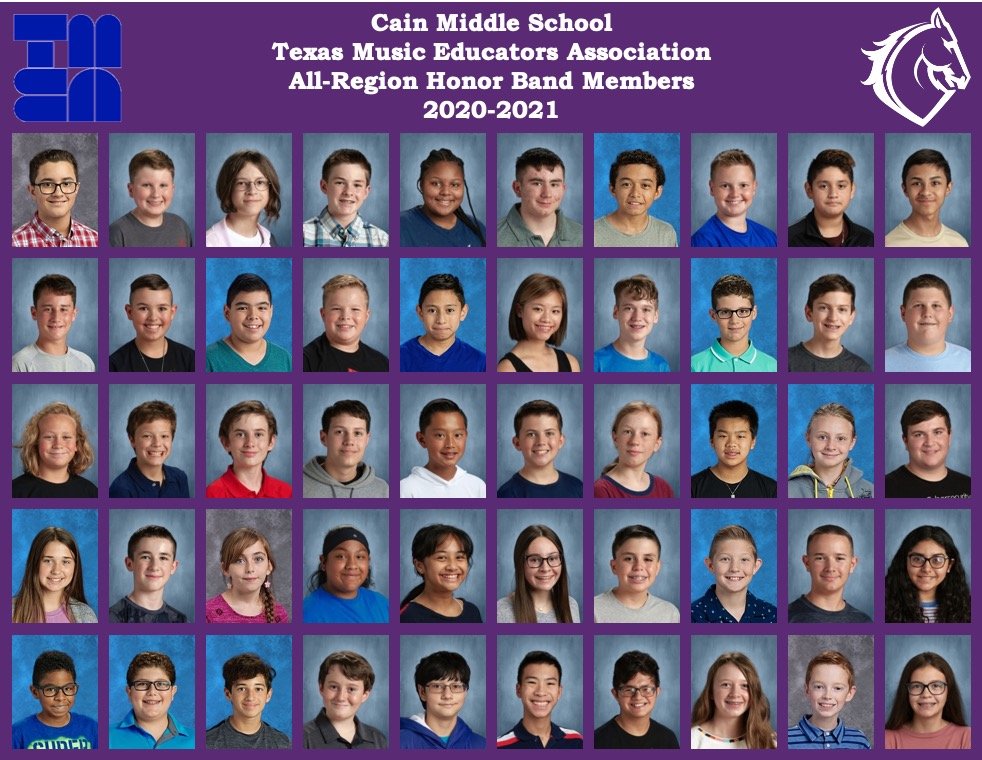 Cain had 50 students make the All-Region band this year which is a program record. This is also more students than any other school in TMEA Region 3.

Additionally, Cain had 5 students earn the highest score in their instrument section and were awarded first chair. Cain also has 25 students who have advanced to Phase 2 of the audition to determine their final placement. Those results will be announced November 22nd.

Congratulations to the following students:

Bravo to all the students for working so hard and to Mr. Trevor Ousey and Mr. Preston Prior for their commitment to the program. Additionally, the Cain Middle School band appreciates the support and teaching from Mr. Rod Kosterman, Mr. Chris Loyd, Ms. Emily Keliher, Mr. Ethan Streeter, and the team of private lesson instructors for their help and support along the way.

These students will join the other Honor Band members from around the region and participate in the TMEA All-Region Honor Band clinic in the Spring semester pending COVID-19.