Congratulations to the following 38 Cain Middle School Band students who successfully auditioned and made the Rockwall ISD All-District Honor Band. 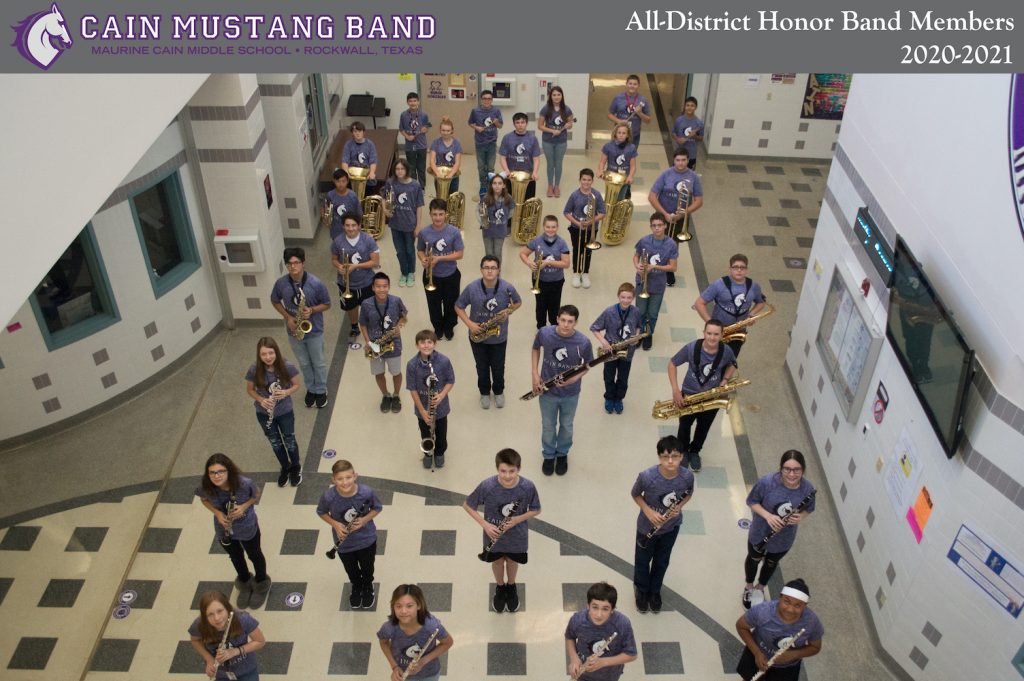 In October, 150 students from all three Rockwall ISD middle schools auditioned and competed for only a handful of spots in the elite ensemble. Students were required to play two major scales, their full chromatic scale, and two prepared etudes. Percussion students played two etudes on snare and mallets.

Additionally, 11 Cain students earned the highest score in their instrument group and were awarded first chair. This is the largest number of first chair students in Cain school history and is the most of all three middle schools.

Here are the students:

These students along with other Cain band students will move on to audition for the Region level in November where they will compete against students from Forney ISD, Garland ISD, Mesquite ISD, Royse City ISD, and other school districts.

Bravo to all the students for working so hard and to Mr. Trevor Ousey and Mr. Preston Prior for their commitment to the program, with the support of Mr. Rod Kosterman, Mr. Ben Sumrak, Ms. Emily Keliher, Mr. Ethan Streeter, and the team of private lesson instructors for their help and support along the way.