The Cain Middle School Honors Band, under the direction of Trevor Ousey, is a Commended Winner in the 2020 Mark of Excellence National Wind Band Honors competition. 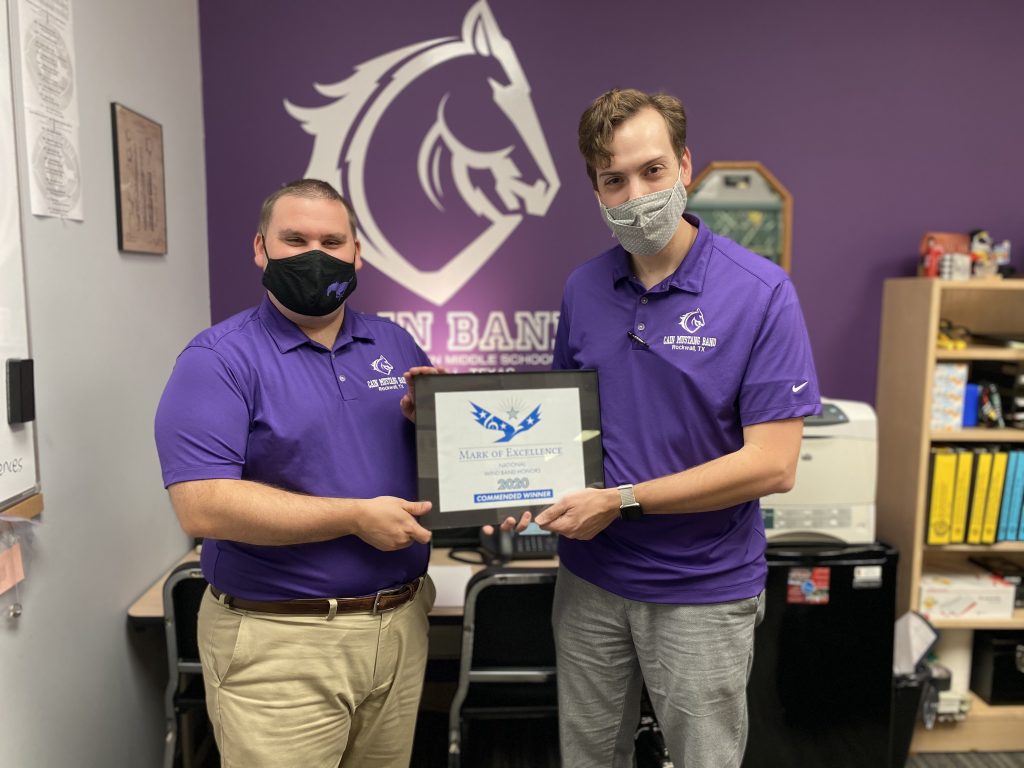 This is the first time the band has received this award in the school’s 21-year history.

“We are beyond thrilled for our students and the program,” said Mr. Ousey. “It is an honor to receive this award.”

The Mark of Excellence is a national music competition that recognizes music programs and their ensembles for high standards in music performance. The competition is sponsored by The Foundation for Music Education, a national organization dedicated to the support and advancement of music education. 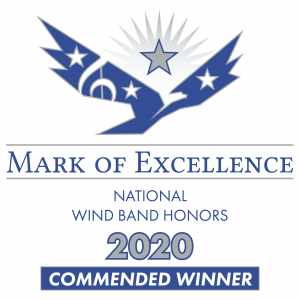 Bands are judged by nationally respected adjudicators and directors. This year’s adjudicators included Colonel Jason Fettig, director of the “President’s Own” United States Marine Band, Rodney Dorsey, professor of music and band department chair at Indiana University, and Alex Kaminsky, director of bands at VanderCook College of Music in Chicago.

“The caliber of bands who enter this competition is staggering,” said Mr. Preston Prior, assistant band director at Cain Middle School. “Not only is it an honor to receive this award, but it is amazing to be amongst so many fine band programs from around the country.”

“The kids did all of the work!” said Mr. Ousey. “Without the commitment of our students, staff, and families, none of this would be possible. I am so incredibly proud!”

This year, 145 bands from 38 states submitted entries to the competition, and 19 middle school bands were awarded.

“I want to thank our team, our students, our families, Mr. Randle, Mr. Sumrak, and all of the amazing staff at Cain Middle School for supporting our students and our program,” said Mr. Ousey. “I look forward to continuing the tradition of excellence in the Cain Mustang Band!”