“We are here today to provide an opportunity for high school band students to help our Cain students with their UIL music,” said Cain Middle School Director of Bands, Trevor Ousey. “We also hope that in the process they have fun and learn more about what it is like to be a part of the Rockwall-Heath band.”

In each row, a Cain band student was flanked by two high school students of the same instrument, each sharing a stand and music with each other as they played through their UIL repertoire.

“It was truly an awesome experience,” said 7th grade trumpet student Elizabeth Wade. “The high school guys were so good! And loud!”

“I saw a lot of 9th grade students that I remember from band last year,” said 8th grade flute player Mandalyn Middlebrook. “And the other high school flute players were so nice to me. One of them was the drum major!” 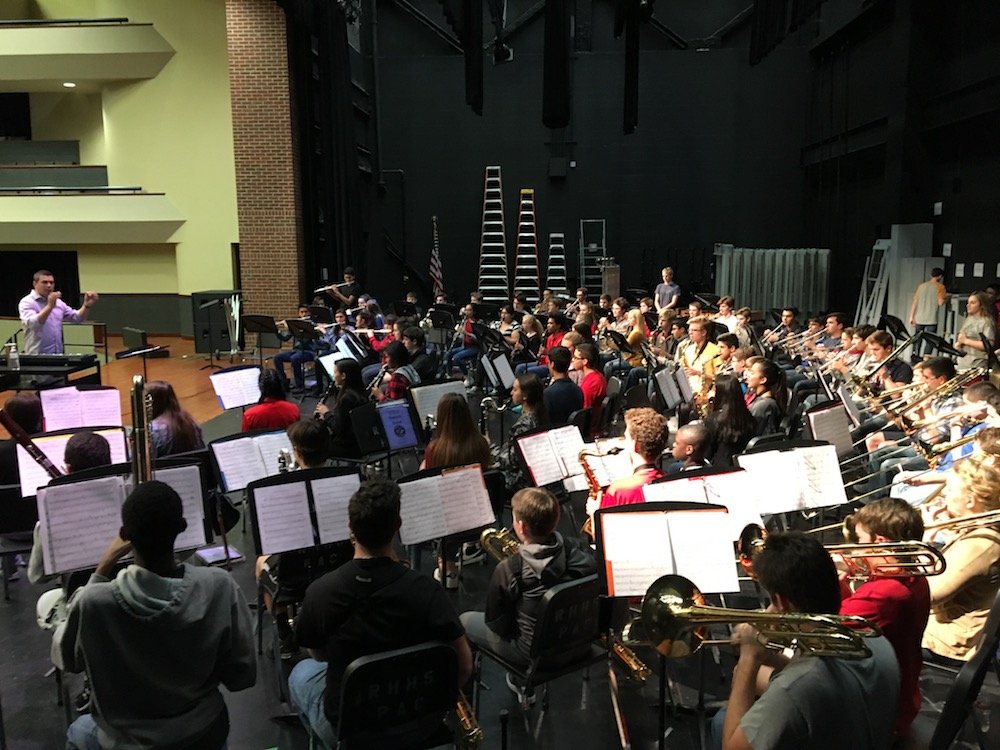 After nearly an hour of intense rehearsal, the Rockwall-Heath wind ensemble performed a special treat for the visiting middle school students sitting in and around them.

“Now, we are going to play for you a little Melody Shop,” said Ben Sumrak, director of bands at Rockwall-Heath High School. “Your challenge is to try and keep up!”

The band played the iconic piece by Karl King at half speed the first time. Many Cain band students played as much as they could, smiling and laughing along the way.

After the clinic, the band students were provided pizza by the Band Boosters and were given a chance to interact with each other and ask questions. 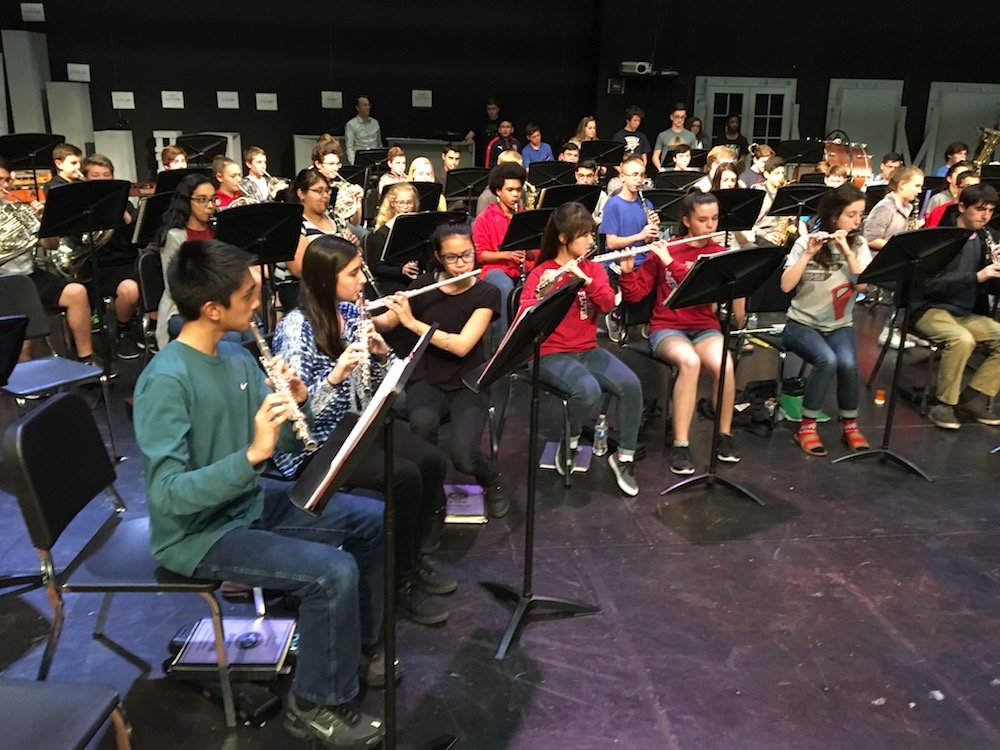 “The Cain students sounded great and rehearsed really well,” said Rockwall-Heath senior and euphonium player Tyler Burden. “They are going to make a fine addition to the Mighty Hawk Band in years to come.”

“I think this event was a huge success,” said Rockwall-Heath Assistant Band Director Leighann Buck. “I feel it was as engaging for the high school students as it was for the middle school students.”

“I would like to thank Mr. Sumrak and the entire Rockwall-Heath band team for making this happen,” said Mr. Ousey. “I know the band hall will be buzzing with excitement tomorrow in class!”