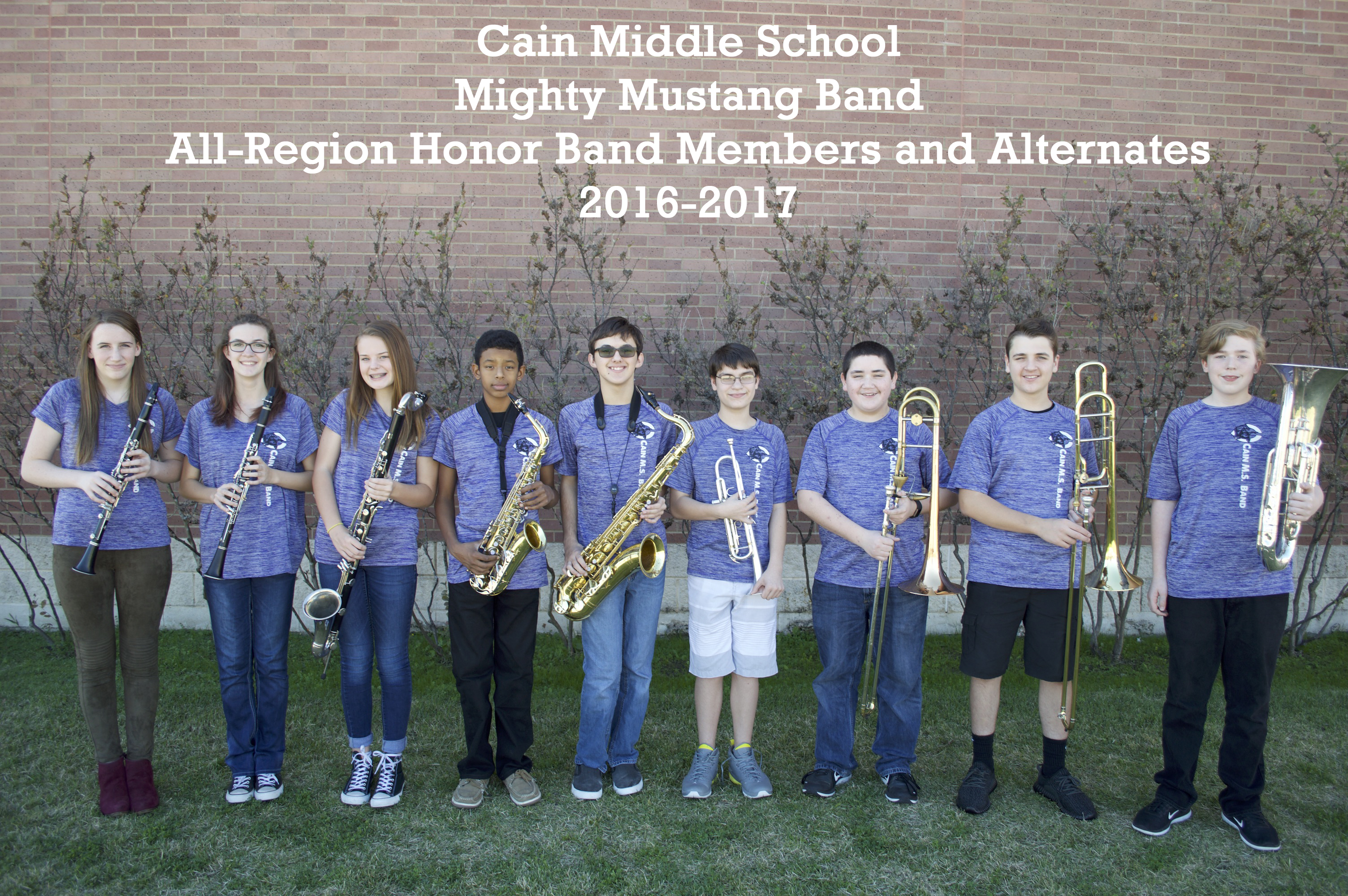 On Saturday and Monday, band students from Cain Middle School traveled to Lovejoy ISD and auditioned for only a handful of spots in the elite ensemble. These students competed against nearly 1000 other 7th and 8th graders from 17 different school in our region, including McKinney ISD, Wylie ISD, and Allen ISD.

Bravo to all the students for working so hard throughout the entire process. Special congratulations to Mr. Trevor Ousey, Mr. Thomas Kramer, and Mr. Rod Kosterman, and the Mustang Band team of private lesson instructors for their help and support along the way.

Here are the five All-Region students:

In addition to the five above, four students make alternate status for the honor band. They are:

These students will join others from around the region and participate in the TMEA All-Region Honor Band clinic and concert on December 9th and 10th at the Rockwall-Heath High School.